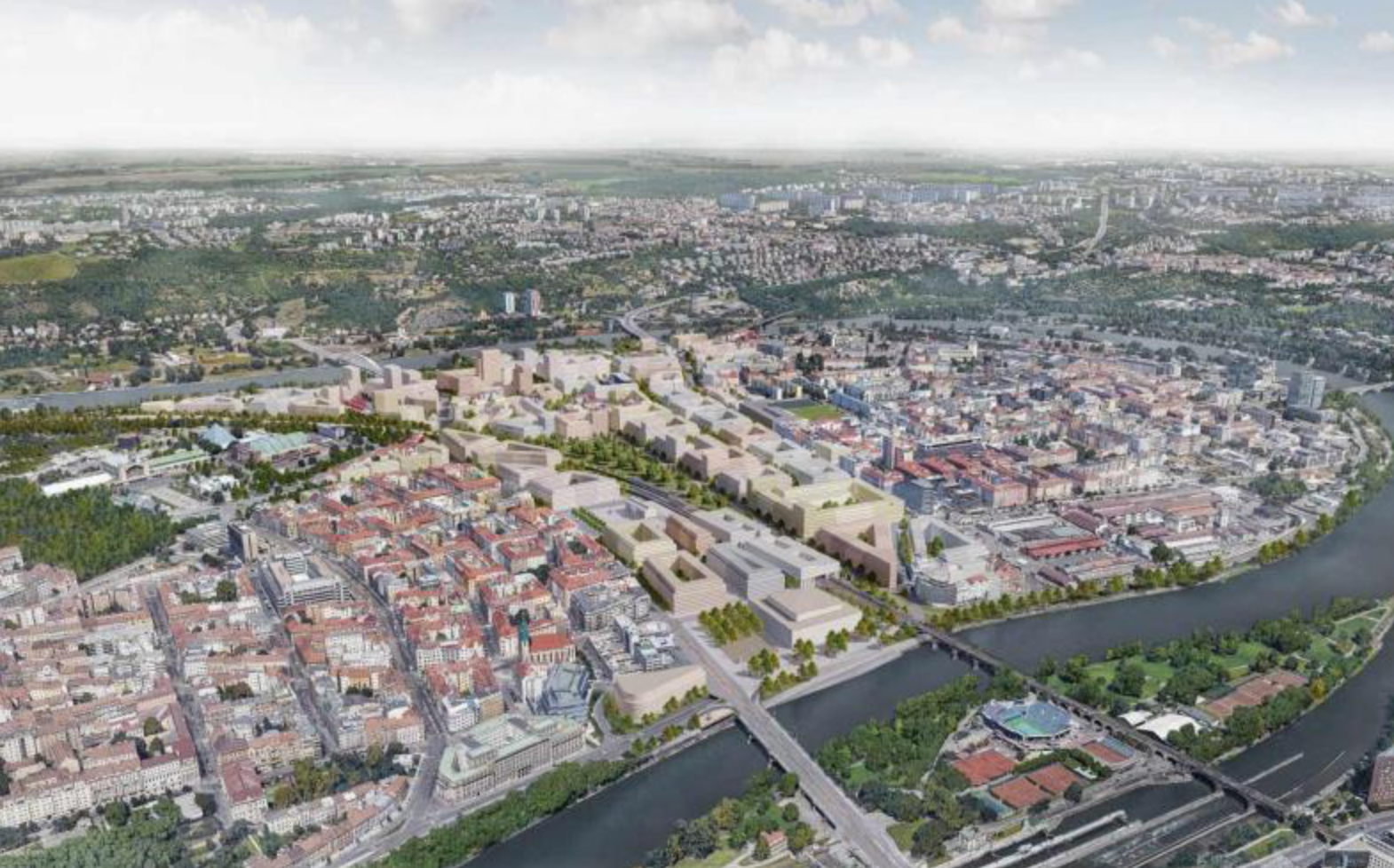 Prague’s City Assembly has made a key step to facilitate the construction of a new quarter, confirming the direction set by the nearly completed zoning study for the Holešovice – Bubny – Zátory area.  The study defines the territory as a new city quarter complete with public services, well-designed public spaces and parks. The Assembly agreed to amend the zoning plan to reflect the study.

Currently, the zoning plan describes the area as a railway facility, which is true but in variance the future vision. Multiple attempts have been made to redefine the area, but none was subject to a wider public discussion and all of them eventually failed to be accepted.

The zoning study has been two years in the making, has been discussed by both experts and the public, and comments have been presented by both central and local authorities as well as citizens. In its current shape, the study represents a consensual vision of the future of the Bubny area. The proposed urban design respects the block-based structure of Holešovice district.

The study of the new district is now about to be completed. The next step will be a public discussion over the proposed amendment to the zoning plan, which is going to take place next year.