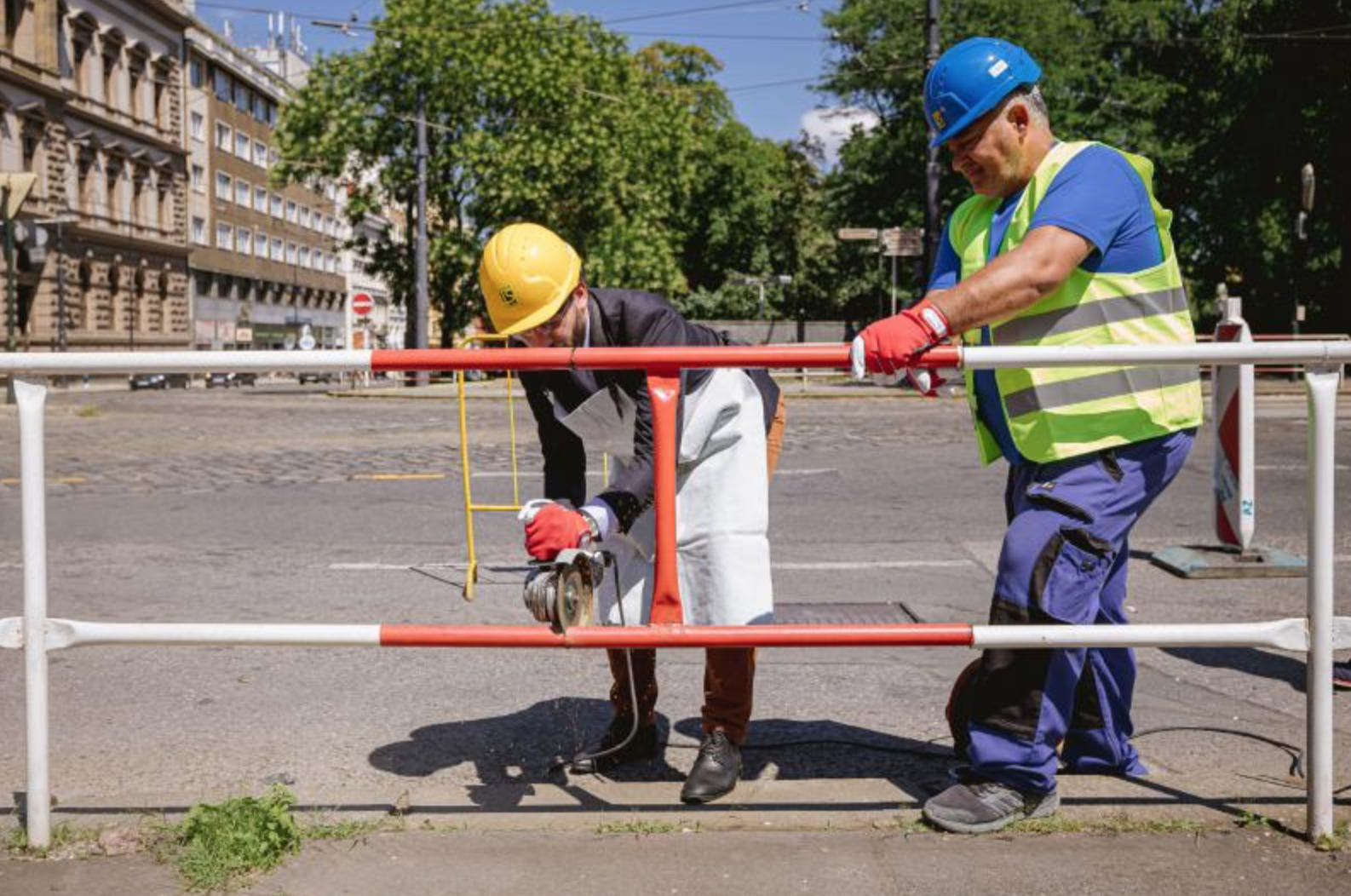 Another stage of Prague’s Charles Square redesign is in progress. In July, TSK Prague, the city’s road technical administration company, launched a phased renovation of roads and pavements at the perimeter of the square. The biggest change will come with new pedestrian crossings. People will no longer need to use an underpass to cross Resslova Street. The current stage of the redesign project should be completed by the end of August. Subsequent stages are to follow in 2021. Prague is also planning to launch a project to redesign the park in Charles Square in 2023.

Three new pedestrian crossings are to be created in Charles Square at the crossroads with Resslova Street. That means that people in the wider New Town area will no longer need to think ahead about their pedestrian route. The crosswalk across Resslova Street will make it possible to walk safely the entire length of the west side of the square on surface. Another new pedestrian crossing at the same crossroads is to be created between the Charles Square Center and the nearby tram stop. The third crosswalk is planned in the western section of Ječná Street. This one will serve as an alternative to the only existing route from St. Ignatius Church. At present, there is only one pedestrian crossing across the center of the square.

The railing that divides the park and complicates pedestrian flow is to be partly removed. The existing railing along Resslova Street is to remain in place. The pavements, road surface and corners of the crossroads are to be renovated as well. All these works should be completed by the end of August this year.

A redesign of the park is part of Stage II of the project and is to be managed by the City Hall’s Investment Department which has taken over the responsibility from Prague Institute of Planning and Development (IPR Prague). The new design for the park was selected in 2018 in a competitive dialogue (for more details, visit www.iprpraha.cz/karlovonamesti). In July, the authors of the winning proposal submitted documentation for a zoning decision that will be immediately followed by further administrative procedures. The redesign of the park is expected to commence in 2023.