Long-awaited redesign of Wenceslas Square has commenced, should be completed in 2025

Long-awaited redesign of Wenceslas Square has commenced, should be completed in 2025 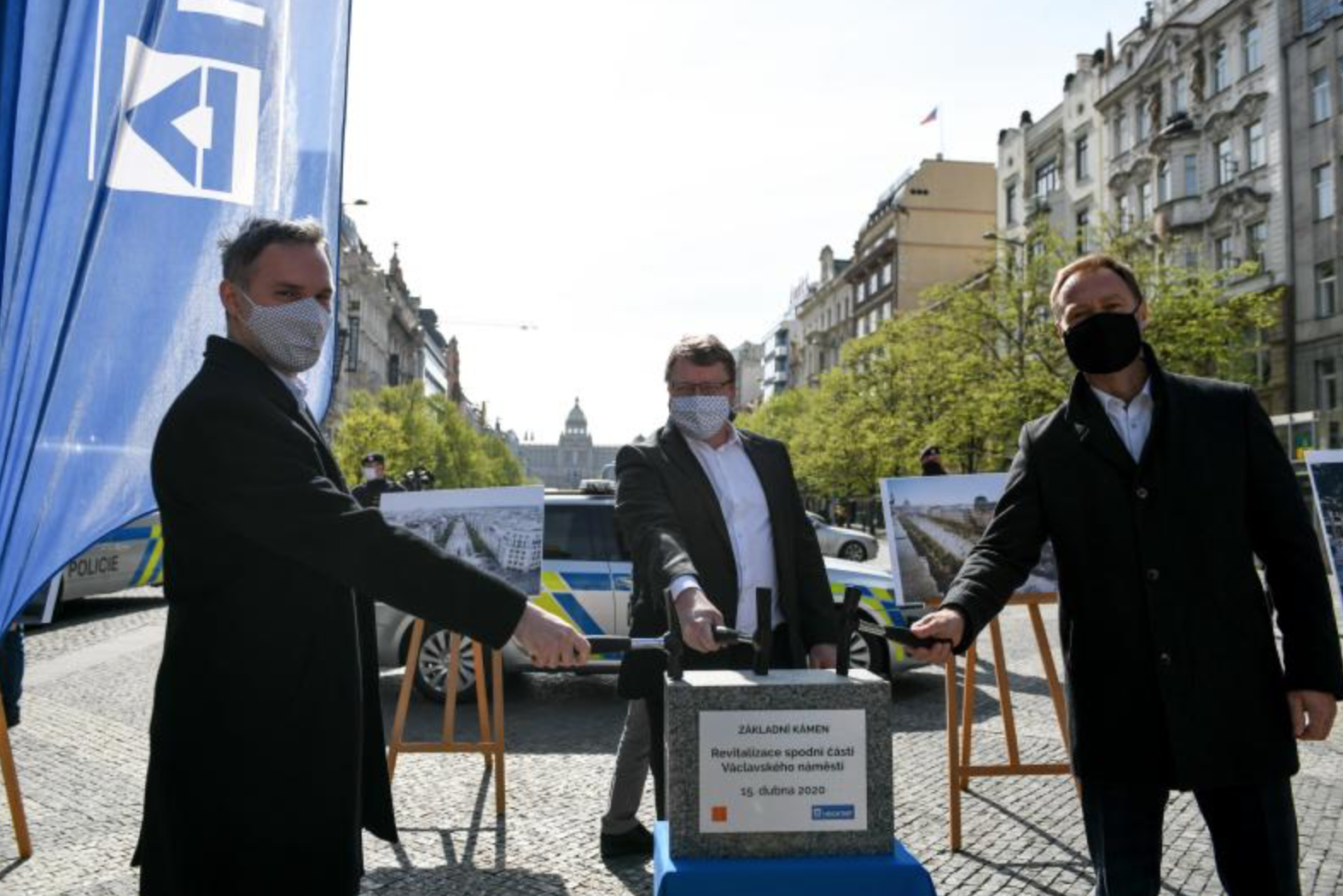 After many years of preparations, a total redesign of one of the largest squares in Central Europe, Prague’s Wenceslas Square, started on Wednesday, 15 April 2020. City representatives officially handed over the construction site to Hochtief CZ, which will redevelop the lower section of the square for just under 327 million CZK. The project should be finished by 2025.

Redevelopment and redesign of perhaps the most significant place in the Czech Republic – Wenceslas Square – has commenced as the site has been officially handed over to construction company Hochtief CZ to carry out the project. The stretch between Na Příkopech and Vodičkova streets is planned to be redesigned first, a major transformation of the upper part of the square will follow.

The overhaul of the bottom part will focus primarily on enhancements that will make the location more enjoyable and convenient for both the inhabitants and visitors. The square will be newly cobbled and fitted with new furniture. A double row of trees will be planted along both sides of the square, complete with an irrigation system. Besides these changes that will improve the livability of the area, certain technical measures will be adopted to protect underground stations against flooding. The most significant change will be a new tram track running along the sides of the square. The center will be redesigned as a pedestrian zone with a dedicated cycling lane.

Special attention was paid to new greenery. The existing trees will be replaced with new rows of small-leaved lindens. The point is to return to a historic tradition as lindens used to line the square from the late 19th century.

The entire project will be carried out by construction company Hochtief CZ. Some of the changes are to be completed as early as next year.