A modern public transport terminal to be erected in Smíchov.

A modern public transport terminal to be erected in Smíchov. 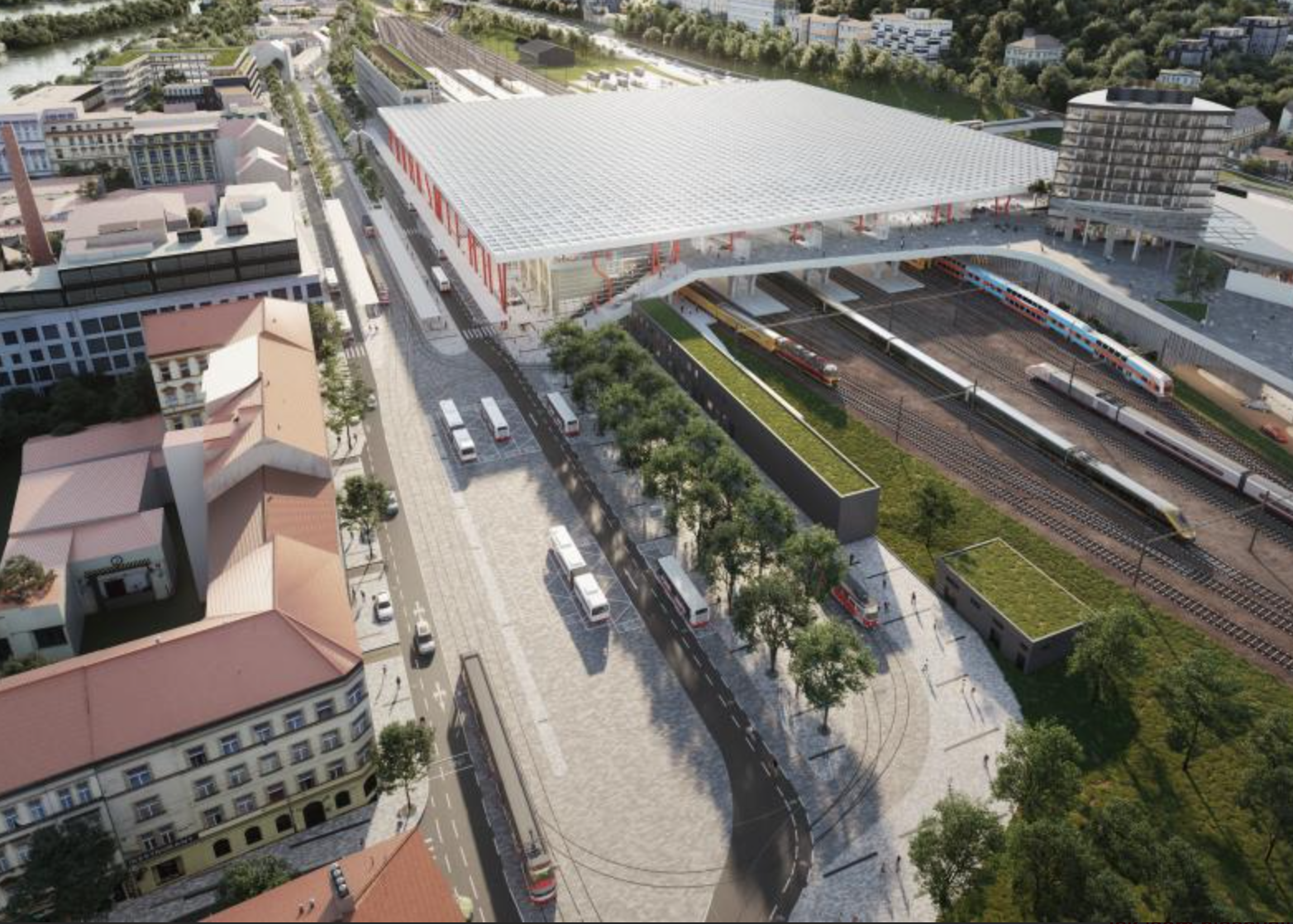 A modern public transport terminal to be erected in Smíchov. Passengers can look forward to easier transfers and a more enjoyable experience outside the station

A detailed design of a new transit terminal in Smíchov has been finalized. The terminal will facilitate faster and easier transfers between trains and buses. The plans include also a P+R parking, extended concourse, and new design of the area outside the station. The city has now called a tender for a new project office. Construction of the modern terminal could commence in 2021.

The terminal will become a key transfer node of the integrated public transport system, linking underground, tram and city bus lines with trains and long-distance buses, complete with Park&Ride parking and Bike&Ride facilities.

Contrary to initial plans, the terminal will be built as a single project in coordination with other construction works in the area, and not as a series of standalone phases.

The terminal project is to be coordinated with a planned refurbishment of the entire train station and other railway projects, such as the construction of a new three-track bridge over Vltava river, a high-speed train line, and Metro S (underground railway). The terminal will be ready for charging e-buses and for future installation of overhead cables for trolleybuses.

The general planner is to be selected by the end of this year. Construction of the new terminal could start as early as 2021.