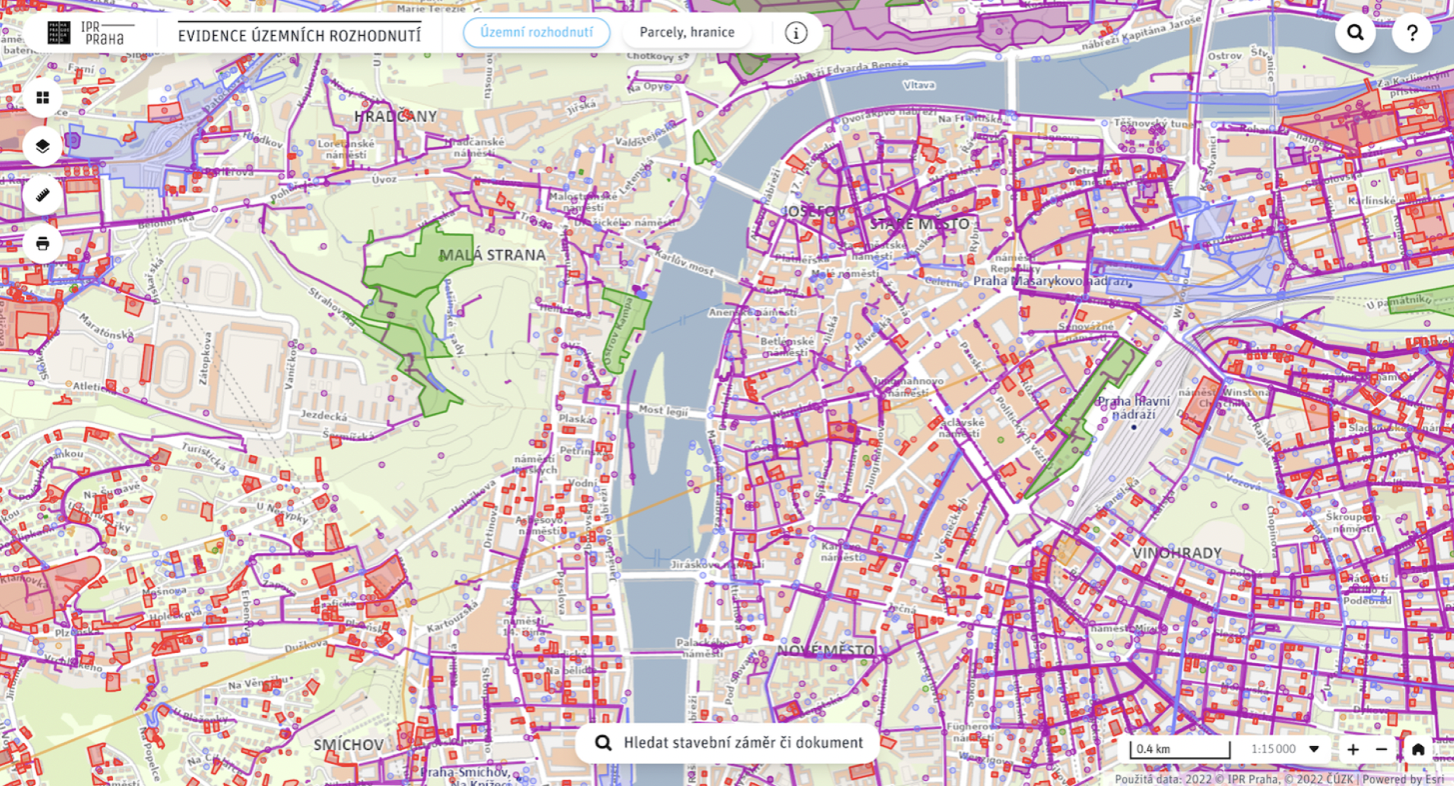 Prague’s Institute for Planning and Development (IPR) has released the registry of zoning decisions through a new map app!

Users will be able to view informative drawings of construction plans and associated official documents in the new map application. The released part of the registry contains basic data about documents that have been issued since the effectiveness of Act No. 183/2006 Coll., the Construction Act. The contents include mainly documents from territorial proceedings and combined territorial and construction proceedings to which Prague is a party (through the IPR).

More information about the registry, its updates, and contents can be found directly in the application.