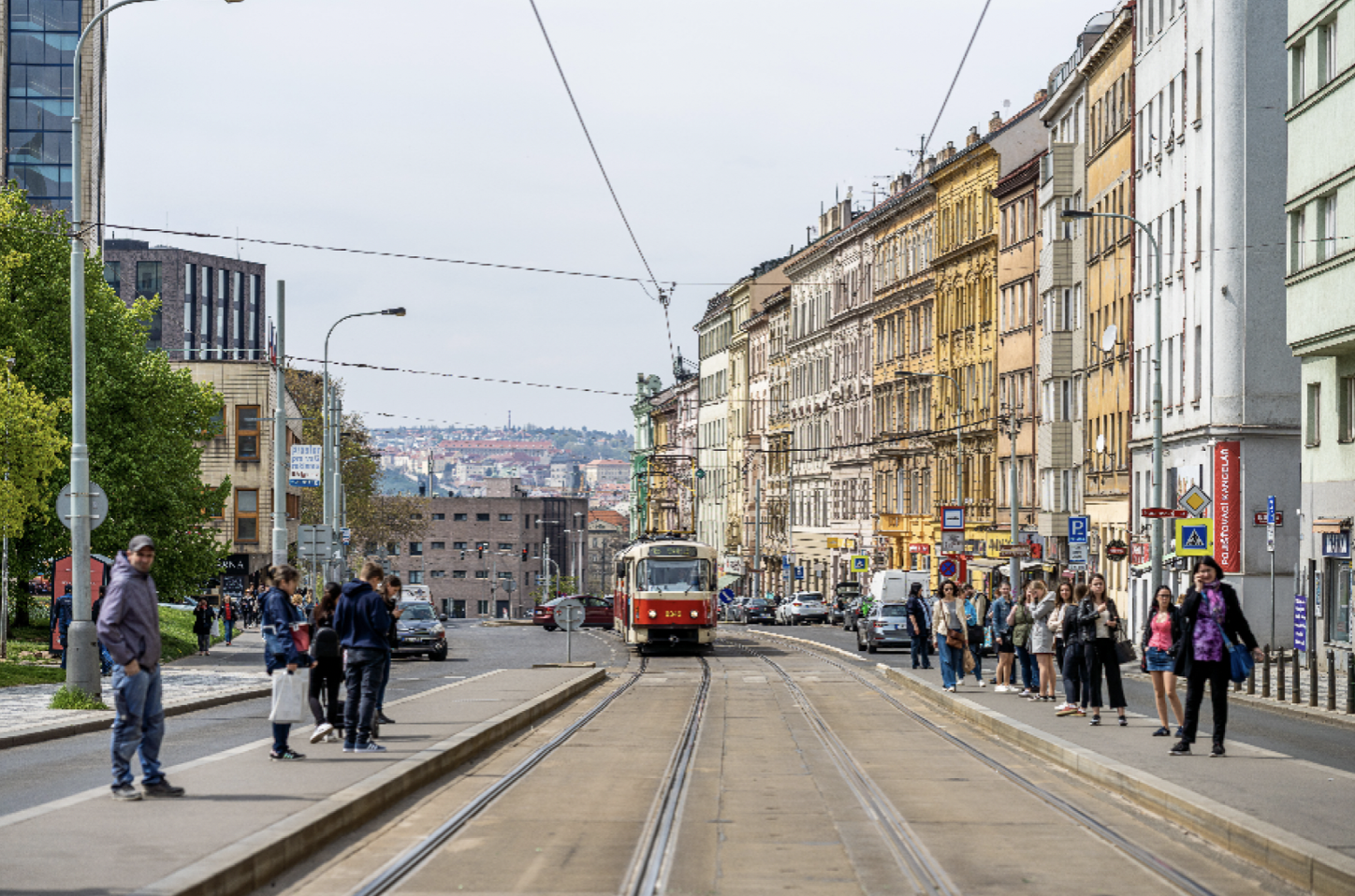 The City Council has approved a new design for one of the busiest streets in the Žižkov district - Seifert Street. The concept was approved along with a study for a pilot project of inner-city rainwater management. Winston Churchill Square and Sladkovský Square are also to be redesigned. Both studies were drawn up by Prague’s Institute of Planning and Development (IPR) in collaboration with Archum Architekti studio and Aqua Procon water management company. The aim is to improve conditions for pedestrians, streamline the complicated traffic situation, and alleviate the effects of climate change.

The transformation of Seifert Street is intended not only to improve its visual appearance, but primarily to make the street easier to navigate for pedestrians and cyclists. New lines of trees and additional greenery will be planted in the street. New pavement surfaces will be laid, and the traffic situation will be addressed. Road traffic in the street has been a matter of extensive discussions and investigations. Upon request from the local authority of the Prague 3 district, a further detailed analysis will be performed to determine the optimal arrangement of lanes in the stretch between the Bulhar junction and the crossroads with Italská Street.

The City Council had already decided on the position of the tram tracks and the location of tram stops in Seifert Street so that the Transport Authority could start planning their renovation. The vicinity will be transformed according to a study that has been approved.