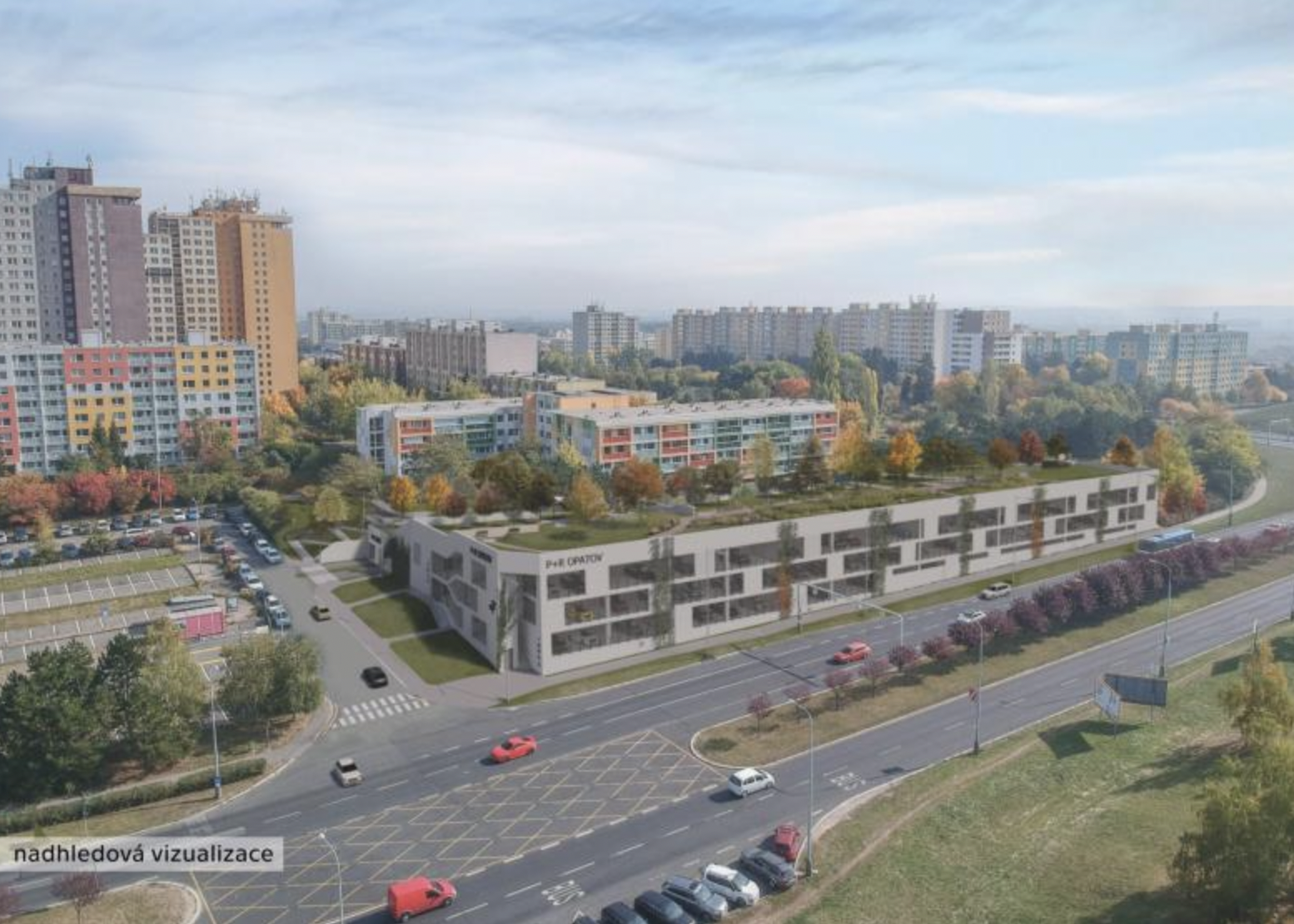 At its session on Monday, the Prague City Council approved the selection of a contractor for a public contract to build a P+R parking facility in Opatov. The winning consortium called “P+R Opatov - BAK - MTS DIZ - GG Company” offered a bidding price of CZK 798.4 million including VAT. The four-storey parking facility will have a capacity of 495 parking spaces when completed, and the project will also include a publicly accessible green roof with an adjacent park.

The facility is to be located in the Opatov neighborhood in Prague 11 district on the east side of Chilská Street. The location is situated at an exit from the D1 motorway, conveniently for incoming traffic from the south-eastern direction, while the building will be connected to the Opatov underground station and bus stops.

The best bid in the public tender was submitted by “P+R Opatov - BAK - MTS DIZ - GG”, a consortium of BAK stavební společnost, a.s. as the leading partner, Metrostav DIZ s.r.o., and GEOSAN GROUP a.s. The cost of the construction of P+R Opatov will be CZK 798.4 million including VAT.