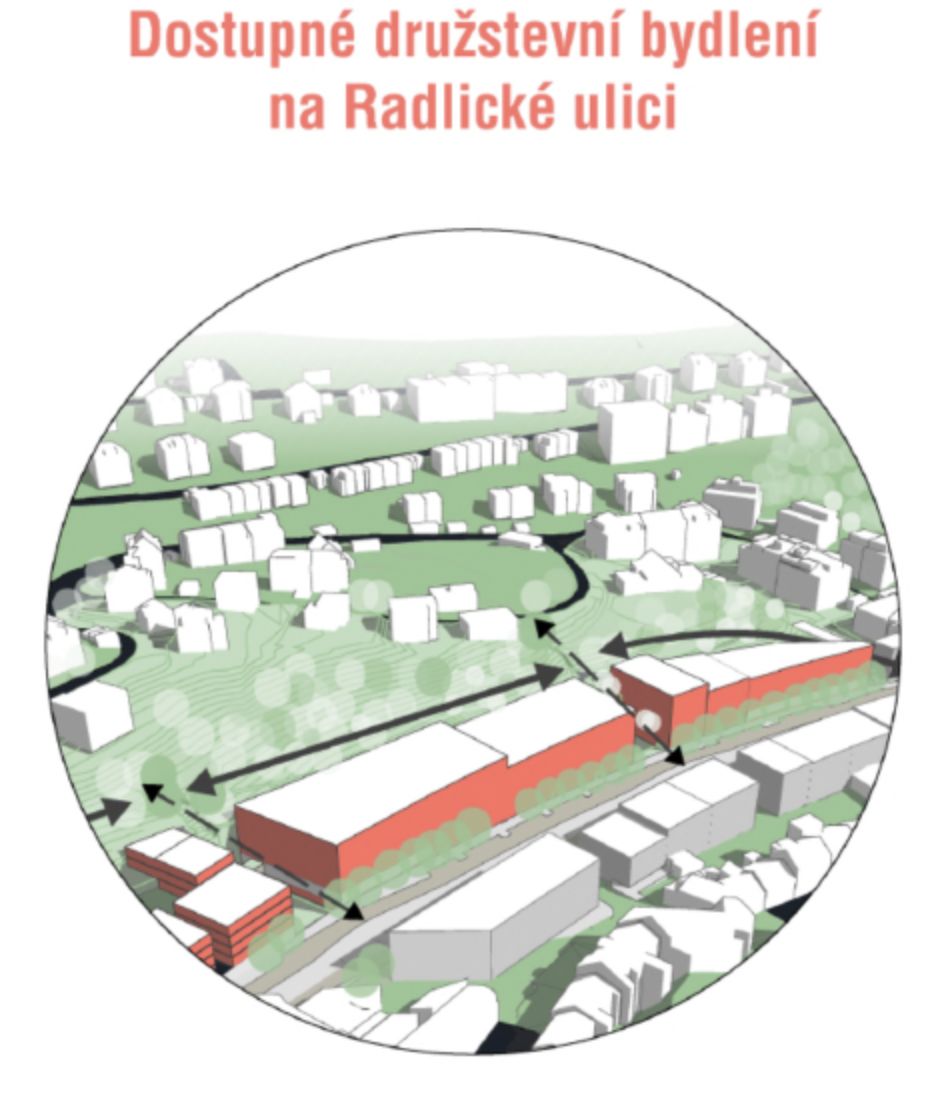 The Prague City Council approved a memorandum of collaboration between Prague and the Prague 5 district to carry out a project of economic cooperative housing in Radlická Street. The city will establish a housing cooperative to build a many as 266 new homes. The aim is to expand the offer of financially accessible housing for Prague citizens.

The Prague City Assembly approved the Economic Cooperative Housing project with the city’s participation in December 2020. In the next step, the city identified suitable locations for new housing construction, selecting initially a city-owned plot of land in Radlická Street in Prague 5.

Once completed, the housing compound in Radlická Street with an area of 20 thousand square meters will comprise no fewer than two apartment blocks with separate entrances. In total, the compound could offer between 221 and 266 apartments with floor area ranging from 54 to 65 square meters.

The Economic Cooperative Housing projects are meant as a response to real estate prices in the capital city that have been growing constantly at an annual pace of 10 or more percent for several years. The aim is to offer financially accessible cooperative housing primarily for medium-income families that find it difficult to buy their own homes.

The project will benefit the city as well, as it will become a member of the cooperative and will dispose of a third of the apartments in each project.