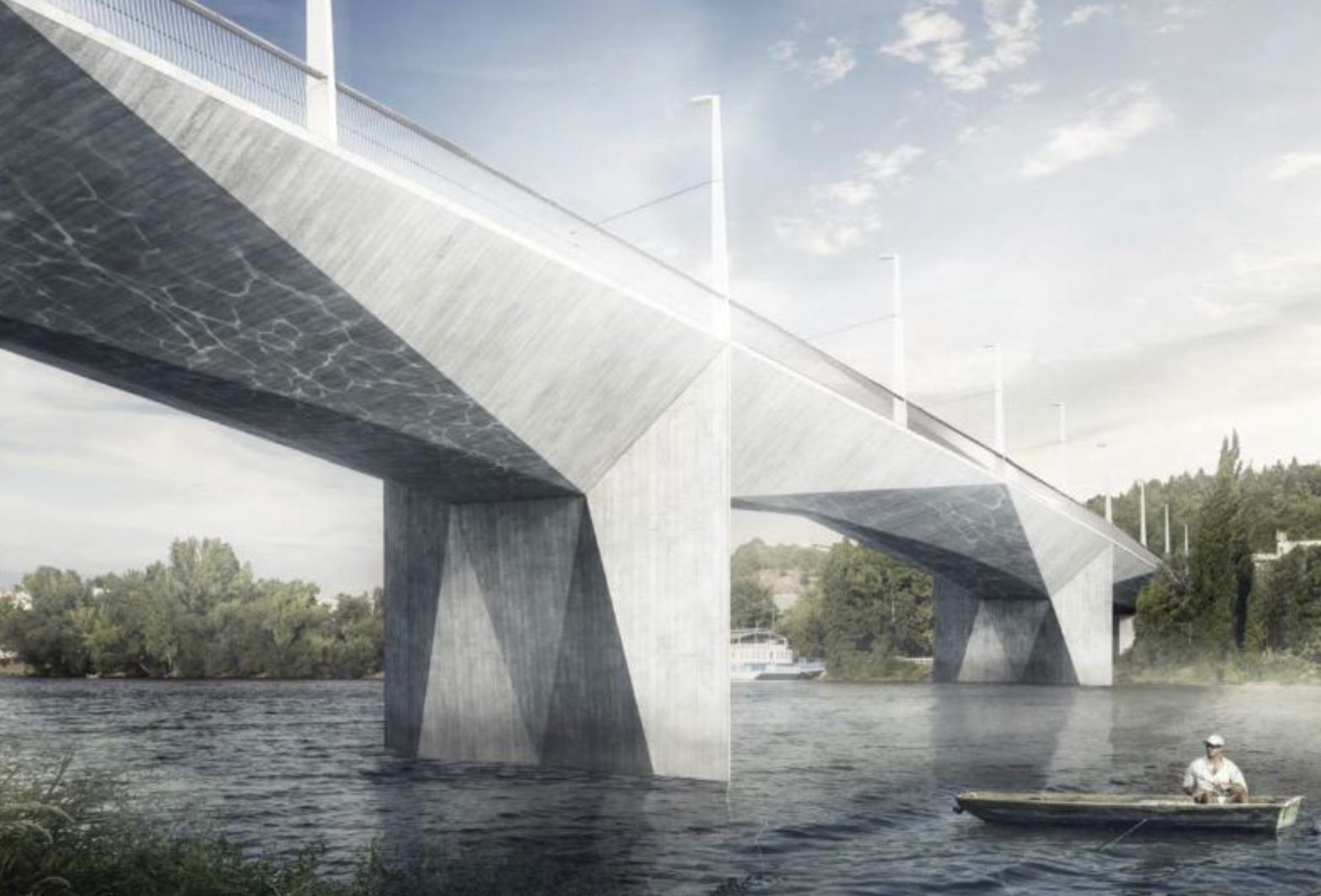 The City of Prague has called a public tender for a contractor to build new Dvorecký Bridge for public transport, pedestrians, and cyclist, joining Smíchov and Podolí districts. The bridge is to be 388 meters long and 16 meter wide. The cost is estimated at approximately one billion crowns. The city hopes to obtain the necessary permits and find a contractor by the beginning of next year. The construction is expected to be completed in 30 months.

The restriction of traffic to transit, cyclists and pedestrians stems from a 2014 amendment to the Zoning Plan. As needed, entry will be allowed also for vehicles of the Integrated Rescue System. The bridge is also expected to alleviate the traffic situation for individual car transport by removing bus traffic from Barrandov Bridge.

Dvorecký bridge will cross Vltava River from Podolí to Zlíchov, connecting Prague 4 and Prague 5. The aim is to improve connection between the riverbanks in the southern part of the city, primarily for public transport, pedestrians, and cyclists.

The authors of the architectural and technical design of the bridge are ATELIER 6 and TUBES architects, whose solution was selected as the best in a competition that took place in 2017 and 2018.