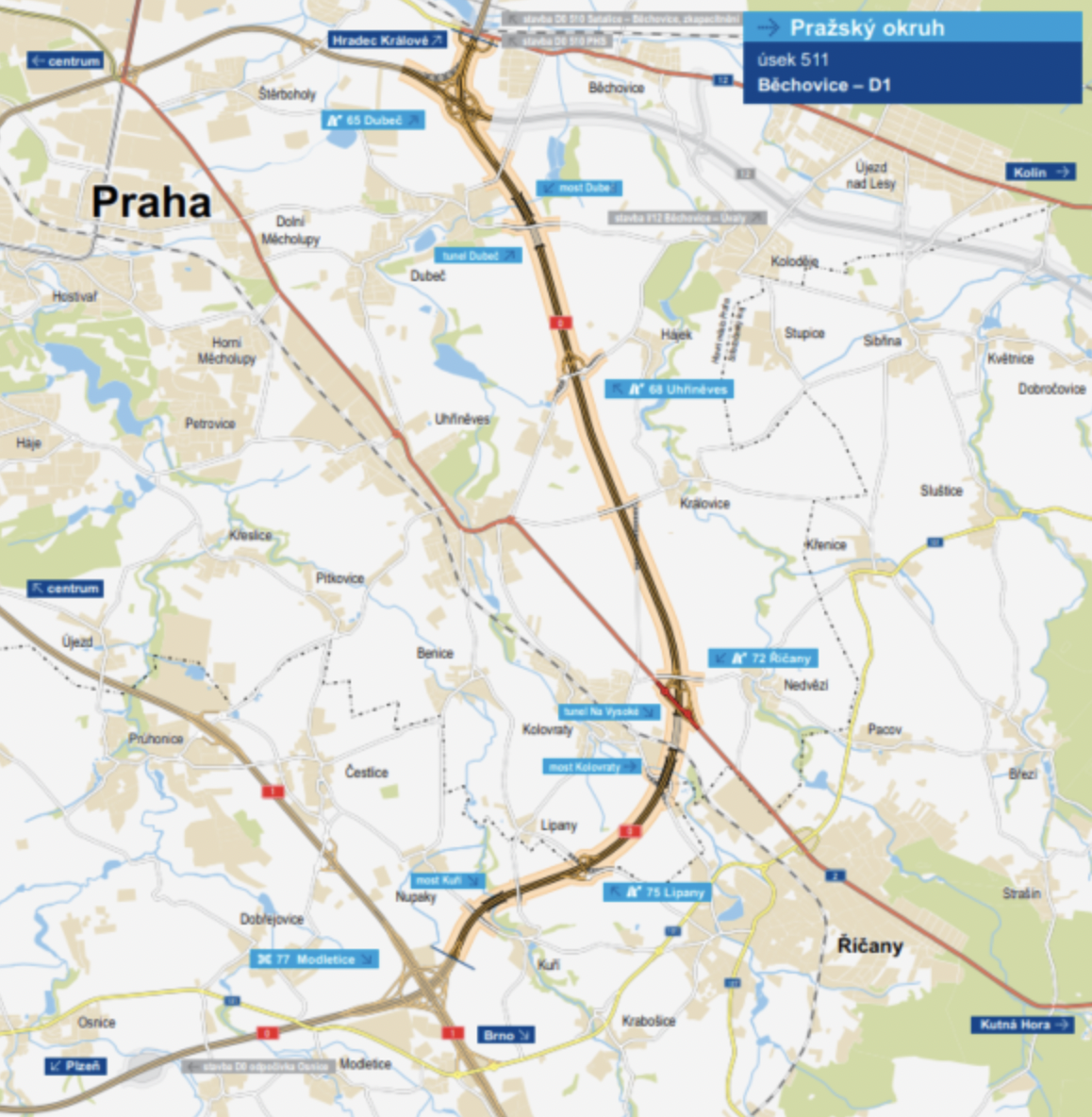 As the City Council decided today, Prague wants to buy plots of land in Běchovice district to create so-called green belts as part of compensation measures requested by city districts affected by the construction of stretch No. 511 of the Prague Ring Road. The transaction is yet to be approved by the Prague City Assembly.

The purchase of land for the so-called green belts across the capital city is part of Memorandum on joint preparations of stretch No. 511 of the Prague Ring Road of 20 June 2017 between the City of Prague and the Highway Authority. The extent of the green belts was defined in a study produced by the Prague Institute of Planning and Development, which the planned transaction reflects. At the same time, the creation of the green belts is subject to amendments No. 2988 and 3558 to the Zoning Plan for the respective areas.

The total area of the land in question is 116,496 square meters.