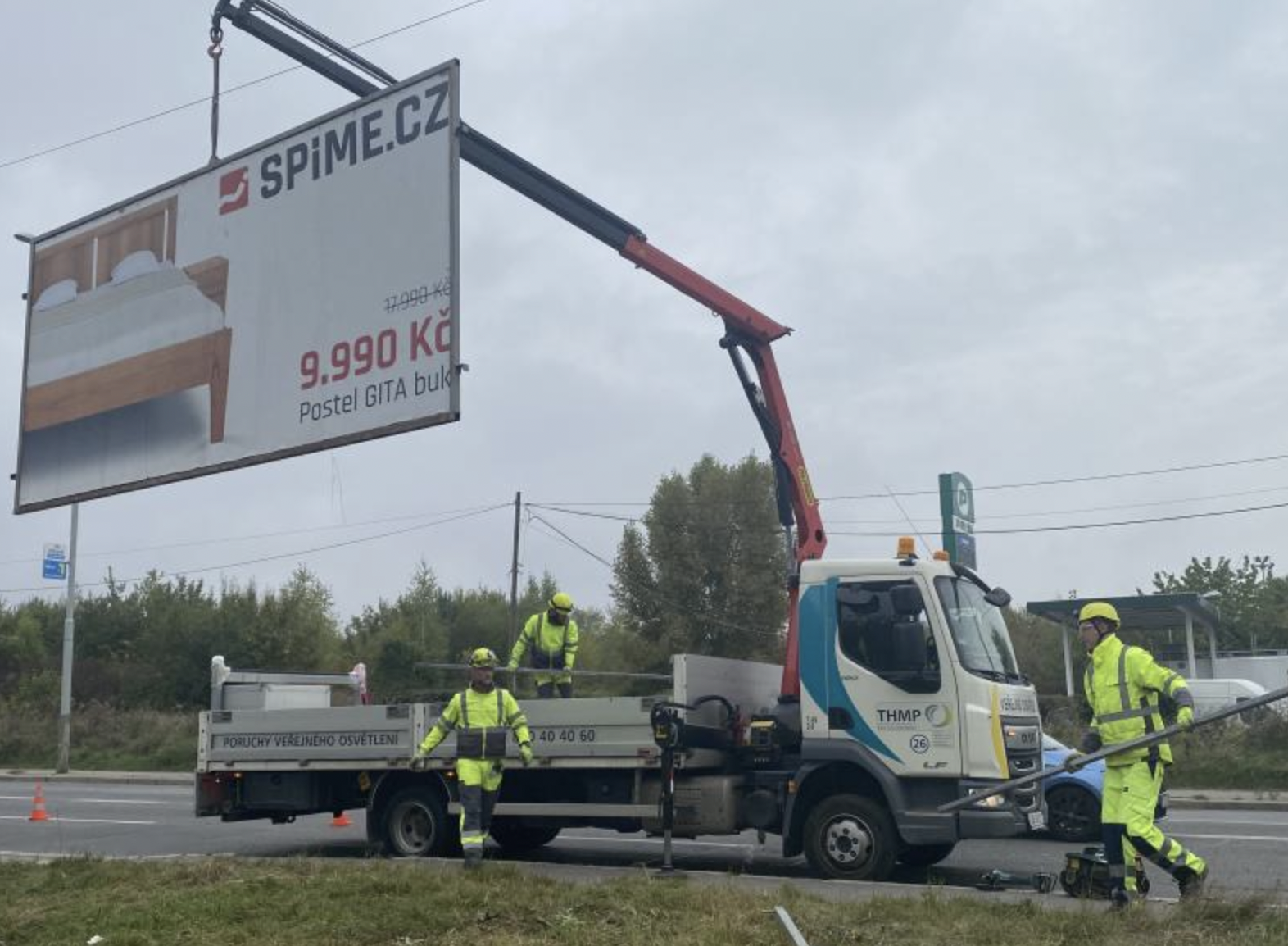 Prague City Hall had another series of illegal billboards removed this week. Illegal billboards emerged on municipal grounds repeatedly over the past few months. No permit was issued for the billboards nor does a lease agreement exist for the respective locations. The illegal structures often pose risk to citizens and their property. Prague’s Municipal Technology Company (THMP), whose task is to remove the illegal advertisement carrying structures, will rid Prague of 13 of them this month.

“Today, we are disassembling billboards in Radlická Street. Not only were they installed illegally, but also lack proper anchoring and could harm passersby or damage property. That is why we did not wait and took immediate action,” explains councilor Jan Chabr, adding that in some instances, such structures are placed close to motorways where they could cause fatal accidents.

Mr. Chabr said the billboards will be stored in THMP’s warehouse for their owners to pick up.

In September last year, Prague removed 22 billboards that had been erected illegally on municipal grounds, mainly on city outskirts. The city is set to continue fighting the illegal advertising.