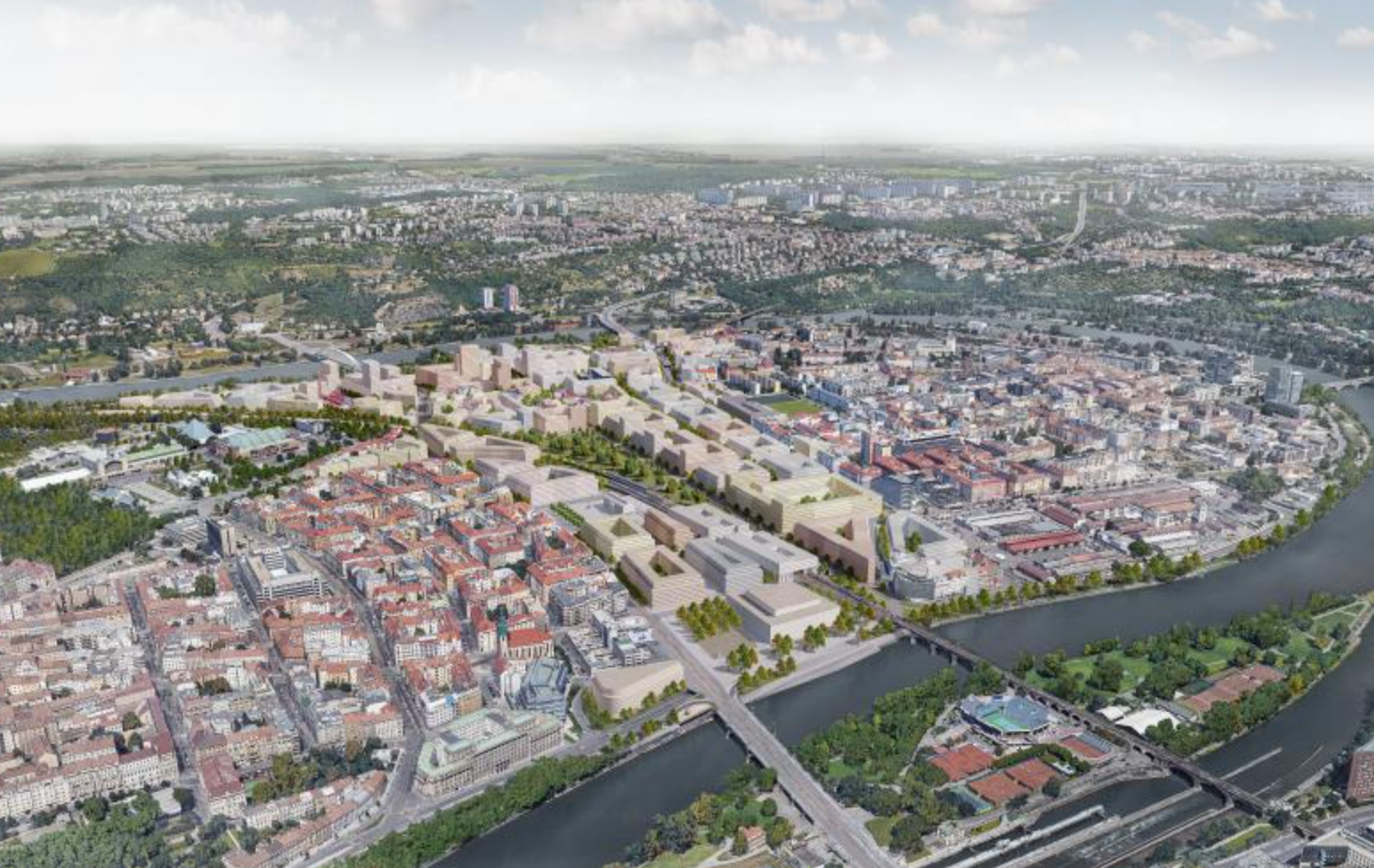 The final design of new Bubny-Zátory quarter has been revealed. An urban study that citizens were able to comment on last summer, has been updated to reflect their feedback. Some of the most fundamental changes from the original design include a lower maximum height of buildings in some areas, a greater emphasis on greenery, and a generally greater respect towards historic monuments. Simultaneously, an amendment to the zoning plan is being implemented following its approval in October 2020. A public discussion over the proposed amendment to the zoning plan is expected to take place approximately in a year’s time. However, landowners can already start working on construction plans based on the final version of the design.

The final design is aligned with a newly approved amendment to the zoning plan. Good cooperation and coordination between all stakeholders made it possible to approve the amendment simultaneously with the finalization of the design. This has eliminated unnecessary delays due to administrative procedures.